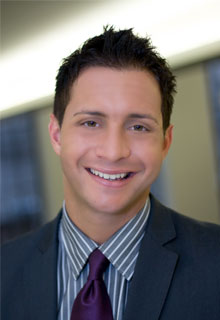 Crude oil’s 58% drop from its June high is estimated to have shifted about $2.2 trillion from oil producers’ pockets into the hands of consumers. With the average American household consuming 97 gallons of gasoline a month and prices at the pump down almost $1.20 from a year ago, this translates in roughly $116 in monthly savings.

Lower oil prices are expected to persist, with Goldman Sachs (NYSE: GS) reducing its six-month prediction for West Texas Intermediate to $39 a barrel from $75. This will no doubt be one of the biggest investment themes of the year.

In addition to the influx of consumer cash, which has helped boost U.S. consumer sentiment to nearly eight-year highs, the cost of travel is expected to fall. The average airline ticket price, for example, is estimated to decline by 5% in 2015.

Add to this the strengthening U.S. dollar, which makes foreign travel all the more appealing, and we have a confluence of bullish catalysts creating an amazing opportunity for the travel industry in coming quarters.

Conventional wisdom might lead you to a company like Southwest Airlines (NYSE:LUV) or Hertz Global Holding (NYSE: HTZ). But rather than putting your investment eggs in one airline, car rental company or hotel chain’s basket, why not opt for automatic diversification with a company that captures revenue from everything travel related with an 82.5% margin?

About 95% of the online travel market in the United States is controlled by Expedia (NASDAQ:EXPE), Priceline (NASDAQ: PCLN), Orbitz Worldwide (NYSE: OWW) and Travelocity. Expedia is the clear frontrunner with over 40% of U.S. bookings.

There are several other reasons why I like Expedia over its peers.

First, it is highly concentrated in the U.S. market, with 58% of the company’s gross bookings coming from domestic travel in the third quarter of 2014. So Expedia is in a prime position to benefit from an improving U.S. economic landscape.

The company continues to grow its thriving business, which includes Hotels.com and Hotwire.com. It is increasing its reach and profits beyond organic growth in the sector through key partnerships with Travelocity and TripAdvisor and through acquisitions.

Expedia purchased Nordic company VIA Travel and has a majority stake in Trivago and China’s eLong. In November, it completed the purchase of Australian-based Wotif Group, which operates sites in the fast-growing Asia-Pacific region.

These acquisitions compare favorably to Priceline’s $2.6 billion all-cash deal for OpenTable in June, which was not only expensive, but outside the travel agent’s core business.

In its most recently reported third quarter, Expedia once again beat estimates, just as it had done in the previous three quarters. Earnings soared 35% year over year to $1.93 per share, while revenue jumped 22% to $1.7 billion. For the first three quarters of 2014, the company’s gross travel sales increased nearly 30% over the prior year.

My proprietary earnings algorithm, which examines analyst trends, volume and options activity, is predicting another beat when Expedia reports fourth-quarter and full-year results early next month.

This will be our first potential bullish catalyst, but this trade is more about longer-term valuation. I believe lower oil prices will result in continued improvement in the U.S. economy and benefit the travel industry in particular.

Expedia’s price-to-earnings (P/E) ratio may seem elevated at 27 times trailing earnings, but it is cheap when compared to the industry average of over 58. And shares are trading at about 18 times forward earnings, which is in line with their 10-year median P/E of around 19.

Given the improving trends in the travel industry, I think this best-in-breed company should command a P/E closer to 25, which is still less than half of its peer group average.

Even if the company only delivers on the low end of earnings expectations, with the lowest estimate for 2015 currently at $4.09 a share, a 25 multiple gives us a realistic target of $102.25.

Shares could go even higher if Expedia continues to beat estimates or is more aggressive with its guidance. But given that the global economy is shaky and a strong U.S. dollar could negatively impact the company’s foreign earnings, I want to be conservative.

It is not uncommon for big, round numbers like $100 to act as resistance, so I am setting my target at $99. Using a call option strategy, we can leverage this 16.5% move in the stock into 72% profits in six months.

This call option has a delta of 69, which means it will move roughly $0.69 for every dollar that EXPE moves, but it costs a fraction of the price of the stock.

If EXPE hits my upside target of $99, our call options will be worth at least $21.50. Once you enter the trade, place a good ’til cancelled (GTC) order to sell your calls at that price.